Before you jump down my throat about this title and tell me that it is in fact false. I just quickly wanted to let you know that it was more to get you to read the article than anything. Click bait, I suppose. Though I am going to touch on the topic of the title, I do not believe that being overweight or obese is less difficult than simply feeling it.

There are a lot of health issues that come with obesity, a lot of societal hate and pressure and a lot of mental health struggles. So no, it probably isn’t worse.

But naming this blog

“I am fighting a serious struggle with my inner fat kid, and it’s causing me serious distress, especially around Christmas“

was way too long.

With Christmas around the corner, I am anxiously dreading the unified “I’m fat” conversation that comes up each year. The chat where everyone goes around and publicly shames themselves for weighing too much after Christmas dinner, followed by a series of praise for how much they work out. Then someone goes and grabs the scale and we all weigh ourselves and call ourselves “Fatsos”. Healthy right?

Growing up with this,  instilled a great fear in me and a serious body complex. One I have struggled with my entire life. Some years I can handle it, others I see the number on the scale and I just want to peel my skin off.

As I’ve gotten older, I look back at when I used to weigh 10, 20, 30 pounds less than I do now and I cringe at how I have just accepted the number on the scale as reality.

That saddest part is I am not fat.

I am a healthy, normal and average weight for my age and height. I am beautiful, I am healthy, I am fit… and yet I see myself in the mirror and I hate what I see.

This years dread has started much earlier than most years, and it’s because I stupidly stepped on the scale to see how much I weighed. I did it because it had been 6 months since I had been on it last, and in those past 6 months I made a very conscious effort to work out 3 -5 times a week.

To my utmost fear and dread – I weighed 10 more pounds than I did the last time… this is the heaviest I have ever been in my life!

So what did I do?

I got very upset and it set forth my binge habit. I went to the corner store, picked up 6 bags of candy and chocolate and downed it in 2 hours. Guilty, ashamed and even angrier at myself I then went to the pharmacy and bought a light laxative. I then vowed, I would only eat when I was around people… that way no one would know I was starving myself.

A huge part of me wants to starve myself until I am at the weight I want to be, and then go back to my ordinary life, but my logical brain knows that starving myself is not the answer. So I set forth a plan to eat healthy… but this is where my INNER FAT KID comes to play.

He loves food. He loves eating it, he loves tasting it, he loves making it, and he especially loves going out for delicious restaurant foods. And when he is being ignored he makes a point of reminding me. Instead of just eating the healthy lunch that I made for myself, he craves more.  He wants UberEats, and candy, he wants extra sauce, and slushie drinks.

I tell him no. He pushes harder. Everything in my being says: “No this will make you fat” which oddly  weakens my self control, and I find myself eating all those extra foods, and hating myself later.

The self hate that comes with body image is incredibly powerful. 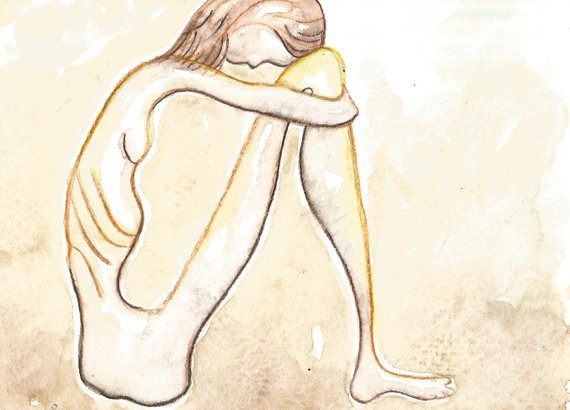 You can be bigger, obese or overweight and still feel amazing. You can walk around with confidence because at some point you figured out how to love yourself and not care what people thought of you. With all the self love in the world it wouldn’t matter if you were fat.

But when you think you’re fat – that comes with binge eating, starvation, self harm… and when you aren’t actually fat and you feel these things… no one believes you.

Bigger people roll their eyes at you.

Those close to you tell you you’re beautiful and don’t understand how you can possibly feel that way.

There isn’t an easy solution, like work out and eat healthy like there is if you actually are obese… because the reality of the matter is this isn’t a “fat” issue. It’s a mental health issue.

So perhaps I should have named this blog: Being mentally ill is worse than being fat  because then it would be true. 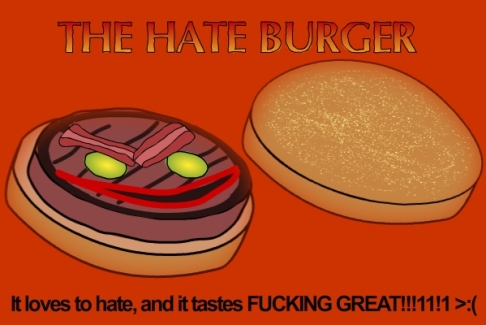 Honestly? It’s to keep my mind off a bacon cheeseburger that my inner fat kid has been craving. He says I deserve it – but I know if I order it I’ll hate myself even more. So I am sitting here trying desperately to get my mind off it.

My hope is, in the act of writing this, I can let anyone feeling the same things I am that you aren’t alone. And maybe, perhaps, start the healing process once and for all. The first step is admitting you have a problem right?

Maybe my advent calendar this year will be kind thoughts, instead of chocolate. Maybe by the time the “fat conversation” comes up, I will proudly get on the scale and say:

WHO THE FUCK CARES?!!